The people at i-Beam Design were inspired to start the Pallet House Project when they learned that collectively, we could house 84% of the refugees currently displaced by war and natural disaster using just one year’s worth of recycled American shipping pallets. A year and a half of American pallet production creates enough upcycleable material to build housing for 33 million refugees, the entire refugee population on Earth.

Every year, however, almost 21,000,000 pallets wind up in dumps and landfills instead of being put to good re-use. 21 million wood pallets contain enough raw building material to house over forty-thousand refugees. The best notion about the concept of using wooden pallets is their shipping cost is practically zero, since they’re already being used to ship and deliver goods like medical supplies, food, and water already to the regions where they’re needed most.

The Pallet House is a simple structure constructed primarily of recovered wood from shipping pallets. I-BEAM offers construction plans and details for sale to download for $75. This elegantly simple design has been featured in HRH Prince Charles’ Royal Gardens as part of a sustainable design exhibition

It takes just 100 upcycled pallets being configured and assembled by a team of 4 or 5 folks to construct a 250 square foot “Pallet House” and the work can be done in less than a week. Wooden shipping pallets provide readily available and easily sustainable building modules that are inexpensive and highly versatile. A family can utilize corrugated roofing or simply stretch out some tarps to keep water out, until eventually local materials become available enough to produce something more durable and long-lasting.

Refugees spend an average of 7 years in their refugee camps after being displaced by some unfortunate event. The Pallet House can be adapted to work in almost any climate on the planet, and can provide long-term solutions for people in need of basic shelter.

I-Beam Design has also built Pallet structures in Indiana and New York, as well as at the Architecture Triennial in Milan. Currently, they are developing housing for victims of the recent earthquakes in both Haiti and Pakistan. 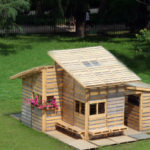 Building a Tiny House out of Wood Pallets 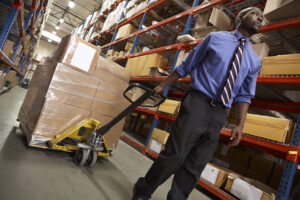 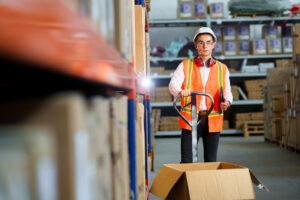 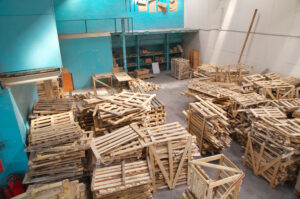 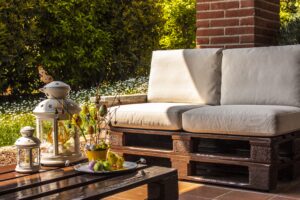